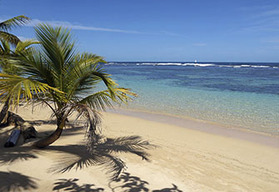 We were here on a cruise in 2012 and wondered what to do in Cozumel.
Adrian was on the on the dock with a New Harley to rent. So glad we did!
Best ride and tour ever! We are going to rent again in 2020 on our next cruise!

Cruising in on Carnival Dream, and of course our ship docked late. No cell phone, but I was able to get into my email and let them know we'd be a bit late. Should have taken a cab, as the walk was a bit long and constantly hassled by street vendors, not to mention it being hot and got my sweat on early. However, that is where the misery ended.

The office is nice (Geocachers get an extra surprise), and the staff very friendly. We met Adrian, given bottles of cold water, and were then informed we'd be getting Edward as our guide. Cause for pause? Nope... the young man is awesome, as you'll read in the other reviews. Not sure if we were the only tour that day, or if being late we got Edward. Either way.... it didn't matter.

We rode the red Ultra. It's in great shape.... who needs a temp gauge. It's hot! Word of caution.... The roads are hot and the tar in the asphalt a bit slippery when you put your foot down. For those that are used to group riding, the hand signals they use are a bit different, but there is only a few. Maybe they're in Spanish? LOL

We started our ride down the busy main west coast roadway, stopping in a couple places for pictures. Edward is a great guide, and his riding skill is very good. Hard to believe he's only 20. His knowledge of the island is a great perk. We had several scheduled stops, and in each place we were treated like royalty. Edwards bike had a slight mechanical issue on our first stop. While we were enjoying our tour of the stop, the shop brought him a new bike and we didn't even notice a change. My wife was shopping for souvenirs, and she's very adept at negotiating. Edward didn't hesitate to step in and let her know there was a better place to buy what she wanted. He many times also stepped in when people were trying to bother us. It was like having your own bodyguard. And I'll add this here. Knowing what I know now, I'd pay a lot more for a personally guided tour. We traveled at our own speed, stayed longer at places we liked, and had no pressure of being in a group.

We spent a lot of time on the east side of the island. We like just sitting on a beach. Would be hard to do with a group of people you don't know. My wife told him she wanted a picture with a Parrot. Poof, that happened!

Edward is truly an amazing young man, and a great ambassador for Eaglerider and Cozumel. We saw all the pictures and comments about Adrian and initially were disappointed we didn't get him. If you get Edward, you will not be disappointed.

There is a lot more to see in Cozumel. We are coming back. Assuming he has time between being a guide for Eaglerider and his studies at the University, we're hiring him as our personal guide. Probably on a Harley.