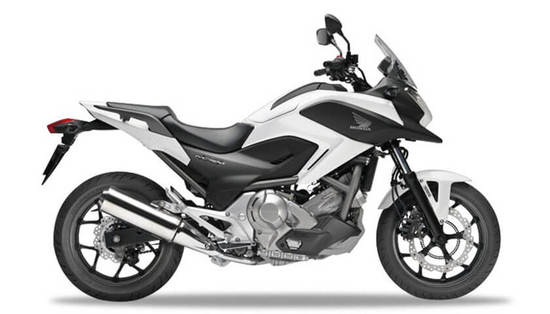 Named one of Cycle World’s “10 Best Bikes for 2012” in its first year, the NC700X is an awesome commuter during the week. On the weekend it lets you go exploring in the country, or carve up a twisty canyon road. And to sweeten the deal, it’s even available in two versions: one model features a conventional six-speed, manual-clutch transmission, while a second automatic transmission version is available with Honda’s exclusive Dual Clutch Transmission (DCT). Plus, the DCT version comes with Honda’s revolutionary Combined ABS!
Technical Details
0 User Reviews ADD REVIEW
Loading...
All countries